The music of Greece is as diverse and celebrated as its history. Greek music separates into two parts: Greek traditional music and Byzantine music, with more eastern sounds. These compositions have existed for millennia: they originated in the Byzantine period and Greek antiquity; there is a continuous development which appears in the language, the rhythm, the structure and the melody. Music is a significant aspect of Hellenic culture, both within Greece and in the diaspora. Greek musical history extends far back into ancient Greece, since music was a major part of ancient Greek theater. Later influences from the Roman Empire, Eastern Europe and the Byzantine Empire changed the form and style of Greek music. Greek folk traditions are said to derive from the music played by ancient Greeks. There are said to be two musical movements in Greek folk music: Acritic songs and Klephtic songs. Akritic music comes from the 9th century akrites, or border guards of the Byzantine Empire. Following the end of the Byzantine period, klephtic music arose before the Greek Revolution, developed among the kleftes, warriors who fought against the Ottoman Empire. Klephtic music is monophonic and uses no harmonic accompaniment.

Dhimotika tragoudhia are accompanied by clarinets, guitars, tambourines and violins, and include dance music forms like syrtó, kalamatianó, tsámiko and hasaposérviko, as well as vocal music like kléftiko. Greek folk music is found all throughout Greece, Cyprus and several regions of Turkey. The island of Cyprus and several regions of Turkey are home to long-standing communities of Greeks in Turkey with their own unique styles of music. Nisiotika is a general term denoting folk songs from the Greek islands, especially the Aegean Islands. Ikariótikos is a traditional type of dance, and also the name of its accompanying type of singing, originating in the Aegean island of Ikaria. The Cretan lyra is the dominant folk instrument on the island of Creta; it is a three-stringed bowed instrument similar to the Byzantine Lyra. It is often accompanied with laouto (laoúto), which is similar to both an oud and a lute. The violin is used also in Cretan music. 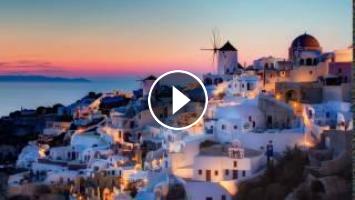 The music of Greece is as diverse and celebrated as its history. Greek music separates into two parts: Greek traditional music and Byzantine music, wi...