The Sephardic Jews, scattered through the world after their expulsion from Spain in 1492, kept alive for centuries not only their language, Ladino, but an extraordinary repertory of \"folk\" songs, many of them quite sophisticated. As Ladino culture began to slowly fade away over the course of the 20th century, musicologists collected and transcribed these melodies from Ladino-speaking communities in Sarajevo, Sofia, Salonika, Smyrna, Jerusalem, and other cities. Beginning in the 1970s, these extraordinary songs were revived (to considerable excitement) for concert audiences--a revival sparked in large part by a 1976 recording by Hesperion XX. This now-legendary early music ensemble, renamed Hesperion XXI for the new century, has returned to the music of the Sephardic Diaspora with this beautifully produced and packaged release. Disc 1 contains eight songs performed lovingly by the magnetic Montserrat Figueras (who sings with an appropriately unstudied tone). The second disc includes eight more melodies performed instrumentally; the choice of instruments reflects the influence of the Muslim-ruled areas where the Sephardim settled with the oud, rebab, and qanun (Middle Eastern equivalents of the lute, fiddle, and dulcimer) performing alongside harps, lutes, flutes, and frame drums. (Inexplicably, however, the final track of this second CD--an improvisation for the sarod and tabla--sounds nice but feels completely foreign to the theme of this release.) It may have been more effective programming to mingle the vocal and instrumental tracks across the two CDs rather than segregating them. --Matthew Westphal 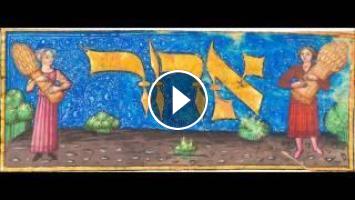